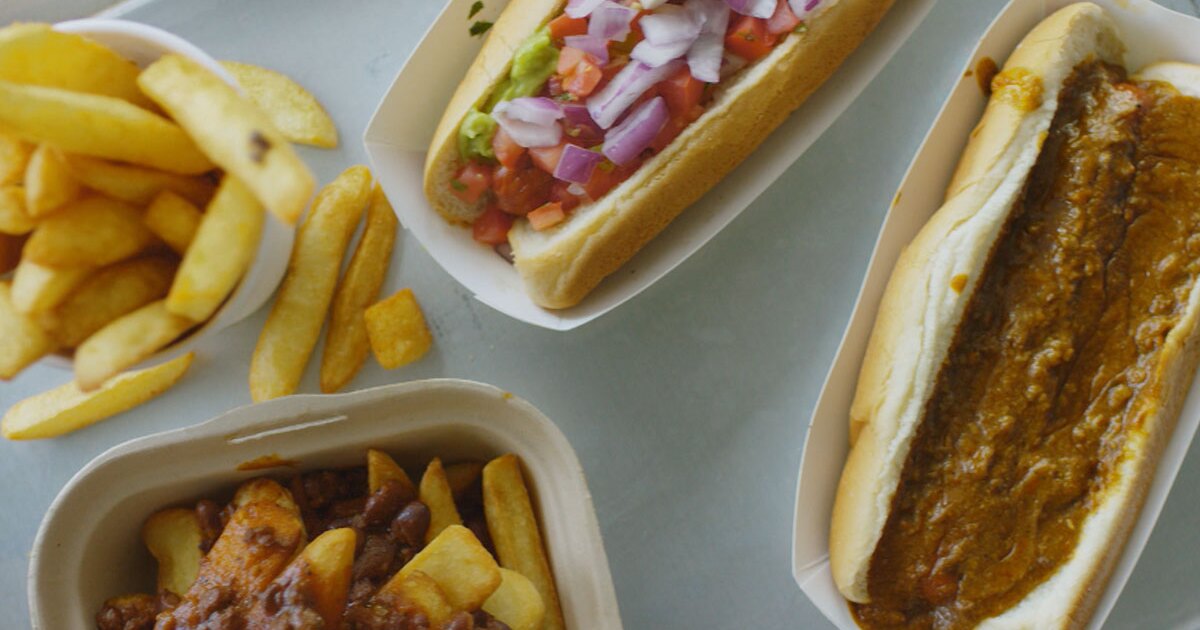 Chef Whitt did not take a traditional path to a culinary career. She didn’t attend culinary school, opting instead to get firsthand experience in the food industry by working as a prep cook and landing gigs for catering companies.

“I literally went to these places with zero experience and kind of faked it until I made it,” said Whitt, a chef for two years. “I just learned from other people: ‘Oh, this is how you do this, and this is how you do that.’ And I just did a lot of self-teaching by learning different methods and reading different things and watching cooking shows. That’s kind of how I honed my craft.”

Now the owner of the South Los Angeles eatery Voodoo Vegan, specializing in affordable vegan fare with a creole twist, the 35-year-old appreciates the variety of culinary offerings in her community — whether they’re from food trucks or brick-and-mortar restaurants. Besides her own establishment, what are Whitt’s favorite spots in and around the Crenshaw District to get food? The chef shared with KCET how she eats her way through South L.A.

“It’s kind of like a vegan Wingstop,” Whitt said of the food truck she patronizes in Leimert Park. “They offer plant-based wings, and you can toss them in your choice of sauce.” She especially enjoys the lemon pepper and the garlic parmesan sauces. Spicy food lovers can also try Drippin Wangz’ take on the Nashville Hot wing craze. For a side, Whitt likes the elote fry, a corn dish.

While Whitt has been a Drippin Wangz fan for a matter of months, she’s been a loyal customer of Wholly Mother Vegan food truck for more than a year. Like Drippin’, she also discovered Wholly Mother in Leimert Park. “They do vegan or plant-based burgers, which are amazing,” Whitt said. “They’ve got one that they put plantain on. For another burger, they did some kind of jerk sauce. So, it’s kind of like American traditions with a Caribbean twist.” In addition to burgers, Wholly Mother observes Taco Tuesdays with vegan tacos in flavors such as chicken, shrimp and jackfruit.

1/3 Duane Earl smiles as he works behind the counter at Earle’s on Crenshaw. | Still from “Broken Bread” season 1, episode 2 “Access”

Not only a fan of up-and-coming food trucks, Whitt also enjoys long established restaurants such as Earle’s on Crenshaw. The restaurant got its start as a hotdog cart more than 30 years ago. Today, it is among the most well-known food establishments in the Crenshaw District, and it offers a variety of vegan options. They include vegan dogs and links, vegan burgers and vegan chili fries. The restaurant also serves vegan desserts such as vegan lemon cake and peach cobbler.

The District by GS

A restaurant and a bar, The District by GS offers a variety of dishes and cocktails. Whitt likes their Taco Tuesday special because it includes vegan tacos. The menu also includes plant-based items like fried cauliflower, sauteed broccoli and grilled asparagus. Live music and DJs only enhance the culinary experience, she said.

Jordan’s Hot Dogs in the 5900 block of Crenshaw Boulevard is another Whitt favorite. She gets excited just talking about it. “It’s like a super dive,” she said. “It’s off the beaten path, but they have an expansive plant-based menu.” In addition to their dogs, Jordan’s offers vegan or plant-based tacos, chili cheeseburgers and chili cheese fries. “When I go there, it’s like a treat day, so I just end up getting way more food than any person should have.”

Vegan for four years now, Whitt said that some Angelenos may not know that South Los Angeles is home to a number of restaurants that serve vegan cuisine. The South L.A. culinary community is doing its part to educate residents about the links between unhealthy foods and disease, according to Whitt. She describes the push toward wellness as a movement; one that’s steadily growing.

“A lot of the time, people make an association with health and wellness with areas that are more affluent,” she said. “But especially people in my generation, we are definitely breaking down those barriers, and we’re making conscious efforts to heal our families and get rid of these generational diseases — diabetes or high blood pressure — that are in the Black community, Latino community.”

graphic of your business salary