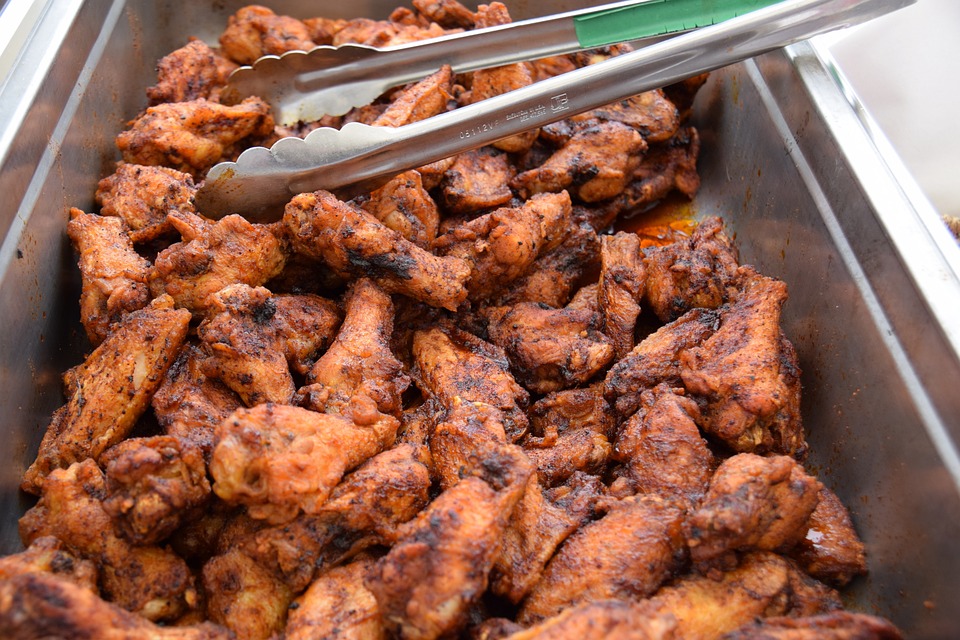 Wings can be found on any great menu, and have been an American staple for many years. From Superbowl parties to outdoor BBQs, wings play an integral role in our country’s cuisine. Step into any bar, and you’ll be sure to find wings on the menu. Not only are they the perfect finger food, but they are also extremely versatile, as there is a flavor that suits everyone’s unique taste.

There are countless restaurants across the country devoted to chicken wings. Because of this, it’s hard to fathom that they haven’t been around for that long. Buffalo wings are actually very new in regards to American cuisine. More than 50 years ago, chicken wings were considered a throw-away part of the chicken. Curious to know where buffalo wings originated? We spoke to some chicken wing connoisseurs at our local Flippin’ Wings restaurant here in North Carolina, and learned about how buffalo wings actually got their name!

Where were Buffalo Wings Invented?

There are plenty of origin stories out there regarding the invention of buffalo wings. Perhaps the most prominent is in Buffalo, New York, at a family establishment known as Anchor Bar. In 1964, Teressa Bellissimo, owner of Anchor Bar, had accidentally ordered a shipment of chicken wings. Anchor Bar had often used other chicken parts to make more common dishes like spaghetti and soup. Teressa worked at Anchor Bar with her husband Frank, and her son Dominic.

One evening, her son and his friends came inside in search of a late night snack. It was said that Teressa took the extra chicken wings, cut them in half to make the drum and the flat, and deep fried them. She also made a sauce and served them with celery and blue cheese dressing. Dominic and his friends loved the snack so much that Teressa put it on the menu. Thus, buffalo wings were born!

Chicken wings were considered the most useless part of the chicken. Up until 1964, the only use for chicken wings was making a chicken broth to put in other dishes like soup or sauce. When Teressa Bellissimo deep fried the wings she, unbeknownst to her, created a chain of events that would eventually put chicken wings on almost every menu.

Teressa’s original sauce is what bars and restaurants now refer to as “medium.” Today, Anchor Bar has more than 15 flavors on their menu for wings, all ranging from mild to “extreme heat.” The original sauce blend was cayenne pepper, vinegar, salt, margarine, garlic, and melted butter. While there are many other takes on the traditional buffalo sauce, the standard was set by Teressa Bellissimo at Anchor Bar.

After Anchor Bar put buffalo wings on the menu, the snack quickly gained popularity. The years following the invention were when wings truly exploded across the country, where early adopters like Duffs and Wings N’Curls made buffalo wings the center of their menu. Wings became a national phenomenon when big corporations like Mcdonalds, KFC, and Dominoes started promoting their own creation of chicken wings. Now, you can find buffalo wings just about anywhere, with restaurants like Wing Stop, Buffalo Wild Wings, and Hooters dedicating their entire existence to the snack.

Another noteworthy American staple, starring alongside buffalo wings, are sporting events. During the rise of buffalo wings, restaurants and bars realized they could pair the spicy and salty snack with beer, making it an unforgettable combination sure to increase sales. During this time, technology was also making a heavy debut, and TVs were becoming more popular in bars and restaurants. And in a cliché as old as time, food and sports can always bring people together. Wings quickly became a sports bar staple, as they are affordable, easy to eat, shareable among friends, and pair perfectly with a pitcher of beer.

Synonymous with sports bars, wings may have even earned their name “buffalo wings” during the Jim Kelly era when the Buffalo Bills went to the Superbowl. While buffalo wings were becoming recognized as a snack eaten while watching sports, the media coverage of the town of Buffalo quickly gave buffalo wings a national platform.

It’s pretty obvious buffalo wings are here to stay. Not only are they easy to make, but buffalo wings are a great shareable finger food that’s both affordable and delicious. There are many options to choose from when wanting to enjoy buffalo wings, and the snack is available at almost any American restaurant. From national chains like Wing Stop to your local chicken wing restaurant like Flippin’ Wings, you can be sure to enjoy some perfectly crispy wings any time you feel like it.