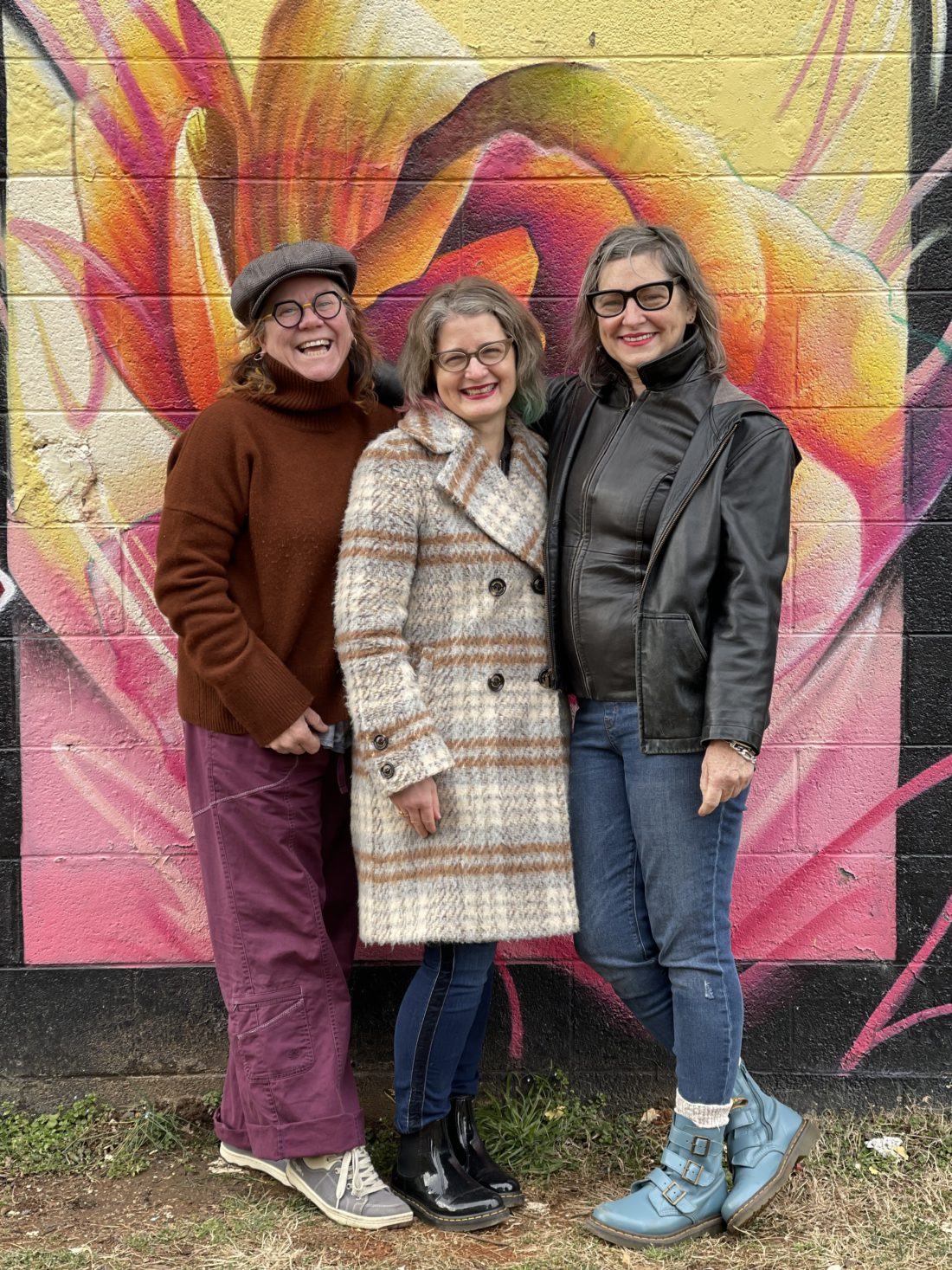 According to area chef Terri Terrell, many in the industry — which is who. Frequently speaking, cooking brunch is regarded as dull, pedestrian and predictable. But for Terrell, together with fellow cooks Beth Kellerhals and Michele Gentille, the meal remains a source of enjoyment. On Jan. 1, the three woman cooks hosted their inaugural pop-up, Girls Who Brunch. The offered-out results inspired the trio to make a series of it, staging recurring events on Saturdays at Smoky Park Supper Club and Sundays at Bottle Riot.

All 3 girls have lengthy and profitable careers in the marketplace. Terrell, originally from Clarksdale, Miss., has a history in catering, proudly owning dining places, running Asheville’s HomeGrown cafe and serving as culinary director for the Chow Chow Festival. She is at this time launching her individual catering and consulting small business, The Clarksdale.

Gentille attended culinary university in France and has labored as a pastry chef, personal chef and caterer in Europe, California, New York, Alaska and for quite a few seasons at the Amundsen-Scott South Pole Station in Antarctica, just before relocating to Asheville. At present, she is a industrial foods stylist, collaborates on pop-ups, works as a non-public chef and baker and writes her possess web site termed “Harriett’s Tomato.”

Kellerhals grew up in the Midwest, went to the French Pastry College in Chicago and expended time baking and cooking in Los Angeles. A lot more lately she was pastry chef for French Wide Chocolates. Final yr, she began devoting her time only to her unbiased undertaking Great Gravy Bakes, giving community restaurants and coffee shops with products, whilst also advertising pies, scones, cinnamon rolls and her popular Buttah Biscuit specifically to her enthusiasts via Instagram and Saturday mornings at the ASAP Town Market place.

When the three stirred their capabilities and influences collectively to produce Women Who Brunch, they reached out to chef Michelle Bailey and Kristie Quinn, co-entrepreneurs of Smoky Park Supper Club, as nicely as Lauri Nichols, co-owner of Bottle Riot. “We were being blessed that Michelle, Kristi and Lauri were being into opening their doors and encouraging us to get flight and see what transpires,” Terrell says.  She notes that Bottle Riot has recently extra spirits to its bar, great information for those people who imagine brunch devoid of a bloody mary is just, well, breakfast.

Girls Who Brunch will be at Smoky Park Supper Club, 350 Riverside Push, Saturday, Feb. 19, and Saturday, Feb. 26, serving from 11 a.m.-2 p.m. Reservations are encouraged at 828-350-0315. The pop-up will be at Bottle Riot, 37 Paynes Way, Sunday, Feb. 20, and Sunday, Feb. 27, with company beginning at 11:30 a.m. right until foods operates out. Both of those restaurants now require memberships (company can fork out the nominal payment and indication up on-web site), and Bottle Riot involves proof of vaccination. For long run dates, adhere to Ladies Who Brunch on Instagram at avl.mx/b6r.

El Gallo — Spanish for rooster — has shut at 48 University St., but John Tessler and Mike Reppert, who bought the restaurant in October, say keep tuned. The associates, who also individual Blackbird cafe on Biltmore Avenue and system to open up Shiloh & Gaines in South Asheville afterwards this yr, are performing on a new concept for the downtown place.

“When we procured El Gallo, we had every intention of retaining it afloat,” claims Tessler. “We designed as numerous improvements as we could, but we just didn’t get the elevated business enterprise we had hoped for, and unfortunately we don’t have the means to proceed that particular concept.”

Tessler adds that he and Reppert are incredibly energized about the foreseeable future strategies, though they are not completely ready to expose the specifics. “We can say that it is a little something that is desperately needed in Asheville, specially downtown. Our objective is to be totally open up by mid-March.”

Imperial, the Mexican-impressed cocktail bar located right above the previous El Gallo, continues to be open up. Tessler states beverage director Drew Hendrickson has created new cocktails and a new food items menu will before long be introduced.

Cleophus Hethington, executive chef of Benne on Eagle, has for years been immersed in a deep dive studying and cooking the foodways of the African diaspora. In observance of Black Record Month, he is presenting two dinners of four courses as a result of some of that history and culture. On Sunday, Feb. 20, the menu will target on African and Latin American dishes, like carapulcra from Peru and egusi stew with rabbit agnolotti from Nigeria. On Sunday, Feb. 27, preferred African American and Caribbean dishes will be served, with highlights that include fufu de platano from Cuba and catfish espuma with tomato gravy. There will be nearby artwork, entertainers and visitor speakers at the two dinners, which are $70 for every individual. Seating starts at 5:30 p.m. for every party.

Benne is at 35 Eagle St. Select your day and reserve at avl.mx/wordcap8.

Living local has its worries, so Bargello and District 42 — the places to eat on the to start with ground of Hotel Arras at the convergence of Broadway and Biltmore Avenue — have introduced Here’s to Locals: 3-system prix fixe meals served Wednesday-Sunday, 5-10 p.m.  Just show your proof of address and for $35 per particular person, delight in one of two starters, a single of 3 entrees and 1 of two dessert selections. Two bottles of wine from the Arras cellar have been paired for an further price.

To see the menu and make reservations, visit avl.mx/b6u.